What’s so good about Bees? 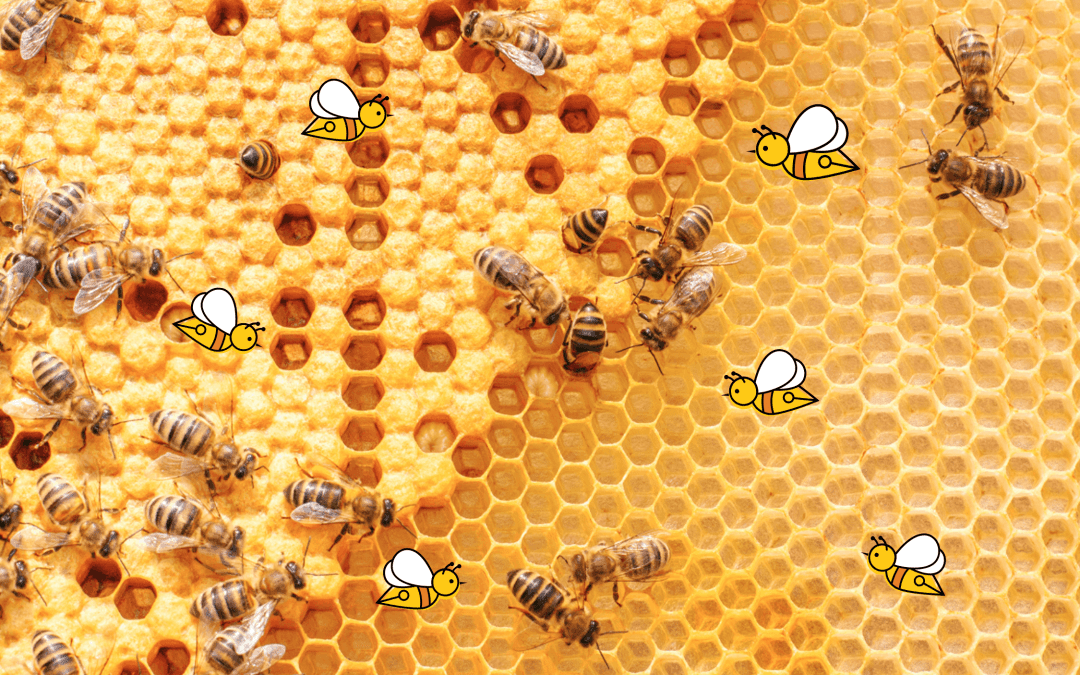 Bees are fascinating creatures; they collectively operate as a remarkably organised colony. Bees are the most important insects on the planet, given how many benefits they provide such as sources of food, natural benefits and natural beauty. Bee colonies are typically made up of a queen, hundreds of drones and tens of thousands of worker bees. Bee colonies are often referred to as superorganisms, as no single bee can survive on its own. In order for a bee colony to survive, they divide up their roles and responsibilities. Each bee is provided with a role to complete which they must complete in order for them to survive.

The most infamous bee in the hive is the queen bee. There is only one queen bee in every colony and they are the only member of the colony that is able to lay fertilised eggs. The queen is considered the most important bee in establishing a strong honey bee colony, capable of producing up to 2,000 eggs per day. The lifespan of a queen bee is approximately 3-5 years. However, when she falters in her egg-laying performance, towards the end of her life, the colony will begin feeding royal jelly to a developing larva who they have decided will be the replacement. Worker bees are all female, and make up the largest population of the bee colony. At only one or two days old, worker bees are given the job of cleaning brood cells. This requires them to clean and polish the empty cells in order for new eggs, nectar and pollen to be inserted into them. Interestingly, if the cells are not clean to the queen bee’s standards, she will make the cleaners clean it again!

When a worker bee reaches about fourteen days old, they take upon the role of a forager and are tasked with departing the nest at sunrise to visit flowers in the search of pollen, water and nectar. Forager bees can travel up to a five kilometre radius from the hive and make up to ten trips per day. The forager role is considered the most dangerous role for bees, with a vast majority of bees dying in the field. During the winter seasons, they often stop flying and hibernate in the hives, living off stored honey until the next spring.

All of these species dutifully serve as pollinators of our agricultural world. And they are all excellent at what they do. Bees are often misunderstood insects and are commonly feared by humans even though they are not aggressive creatures. Bees only sting to protect themselves or the hive, when they are aggravated or threatened in some manner. A bee sting kills the bee, as the abdominal of the bee ruptures as they try to pull away when the barbed stinger has entered the skin.

In order to consistently exist and thrive, bees must be hardworking and possess cooperation and team-work skills. We believe that our software embodies the qualities of a bee – our busy bees at BeeSigned work tirelessly as a team to provide efficient and effective digital signature software for our customers. Our simple processes can eliminate the copious amounts of paperwork for any business. If you are interested in our digitally secure, fast turnaround document management platform, join for free today.